See Make Your Prosperity, if you haven’t.

But ye are come unto mount Sion, and unto the city of the living God, the heavenly Jerusalem, and to an innumerable company of angels, 23 To the general assembly and church of the firstborn, which are written in heaven, and to God the Judge of all, and to the spirits of just men made perfect, 24 And to Jesus the mediator of the new covenant, and to the blood of sprinkling, that speaketh better things than that of Abel. 25 See that ye refuse not him that speaketh. For if they escaped not who refused him that spake on earth, much more shall not we escape, if we turn away from him that speaketh from heaven: – Hebrews 12:22-26

There are nine heavenly voices in the courtroom of heaven that are speaking and releasing – and you must come into agreement with them. I have underlined these voices in the scripture passage above.

You know why you have connection with the spirits of just men made perfect? Because you are a just man (or woman) with a perfect spirit. You have been declared righteous – everything that the Bible says you can have, you have a legal right to possess.

You have to come to a place where you are fully persuaded that what He promised He is also able to perform. You give satan legalities to rob you by speaking ignorant words, like “I don’t want much.” You give satan legal right to keep you broke when you see somebody walking in blessings and you despise them.

I found out how to make this thing legal. I found out that I could get a verdict. And when I go on the battlefield, all my enemies got to bow down on their knees because the Lord said so. Why do you think Jericho’s wall fell? Joshua had a verdict already. The red sea opened because Moses had a verdict. Goliath fell because David had a verdict.

Prosperity, abundance, wealth, increase, etc. are legal entities. They don’t just happen for some, they can happen for all of the Body of Christ. But, it can only happen to those who make it legal.

Whenever you’re in conflict, you’re in legal conflict. You must go to the courtroom of heaven, present your case and then stand before God until you get your verdict.

Do you know why God can’t automatically make things legal for you? Because He already made them legal! He has already done it. He just needs you believing and saying the same thing!

What is it that you are dealing with? Get your verdict! Then go on the battlefield, to a battle where you are guaranteed to come out victorious! 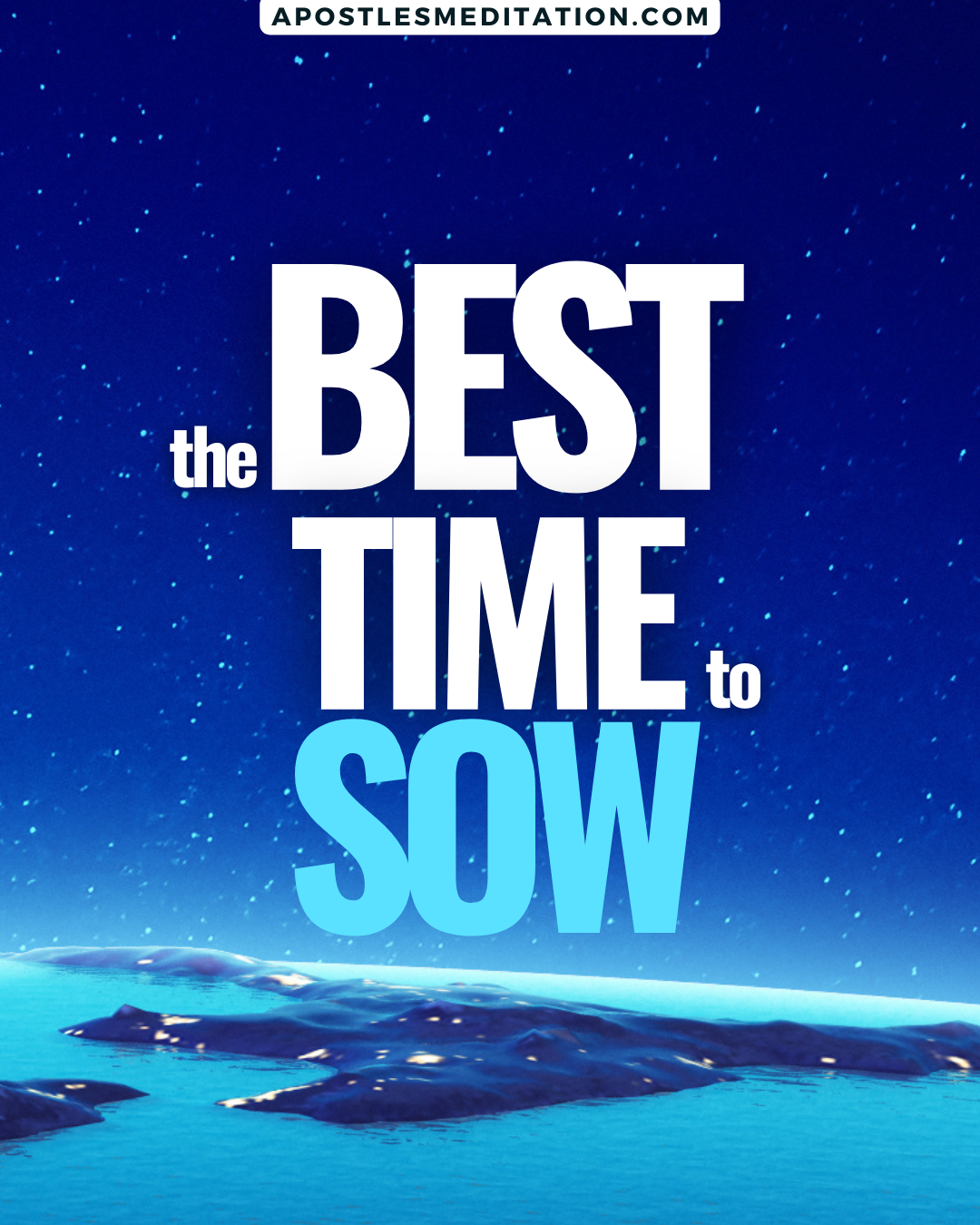 The Best Time to Sow

2 thoughts on “Make Your Prosperity Legal – 2”